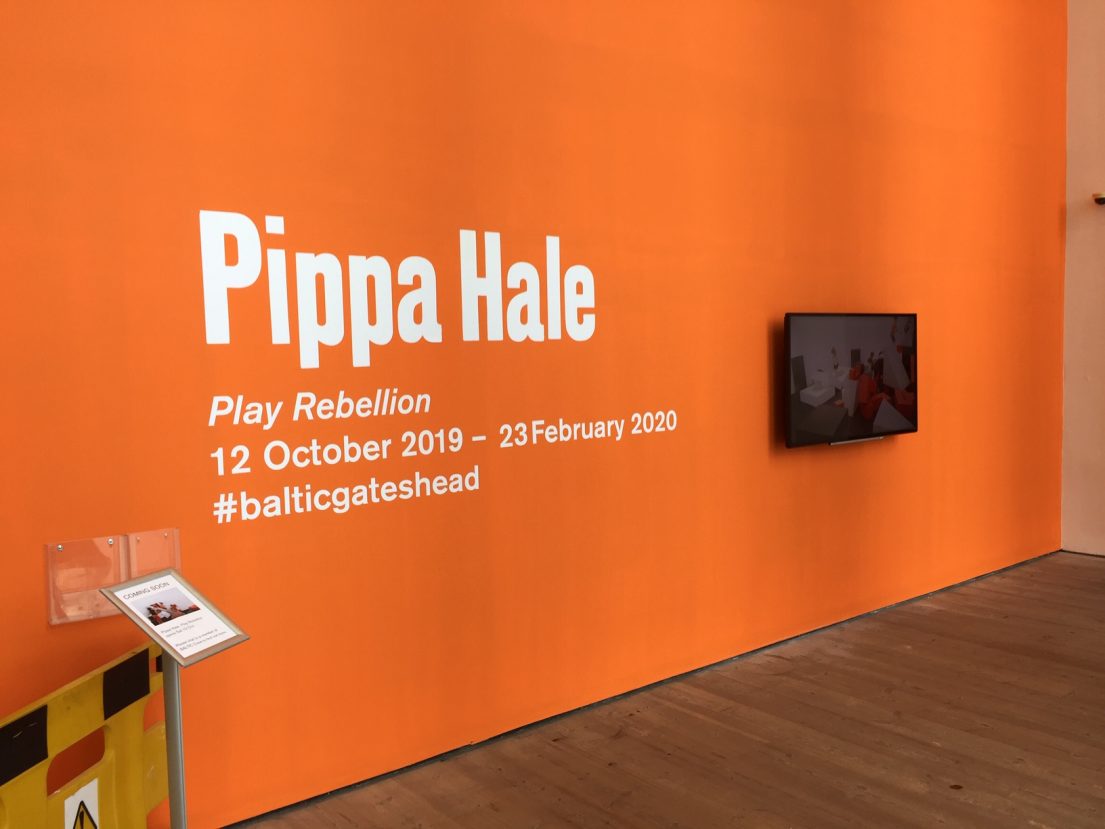 Why we need a play rebellion

After many months of preparation and a few set backs along the way, Play Rebellion has opened to the public!

There are sixteen PlayShapes on Level 2 at BALTIC Centre For Contemporary Art, plus a further eighteen in 2D form on the walls – a visual device to hold this enormous space – that makes you feel a bit like you’re inside the computer game Geometry Dash.

The exhibition is a bigger version of the show took place earlier this year as part of MAPS Festival only this time there are more shapes and more space.

This is an interactive show, so if you’re visiting I’m expecting to you to get fully involved! All the cubes break down into various shapes which can be reconfigured into sculptures, playscapes, assault courses or dens. You can work alone or with others, play with one cube, one colour or many – it’s up to you. If you’re really struggling there’s a leaflet with some suggestions to get you going.

Play is so important and something we seem to become increasingly disconnected from in the last forty years. Anxiety and depression have nearly doubled in young people in the last two years* and violence and aggressive behaviour is a ‘national epidemic’ according to the home affairs select committee in July this year.**

Of course the reasons for this are complex and multi faceted, but perhaps some of this could be attributed to a lack of play.

Stuart Brown in his excellent book ‘Play: How it Shapes the Brain, Opens the Imagination and Invigorates the Soul’ explains how juvenile rats deprived of any playful activity are unable to ‘clearly delineate friend from foe, miscue on social signaling, and either act excessively aggressive or retreat and not engage in more normal social patterns.’

It is clear that denying play at any age makes us unhappy, lonely and fearful. And yet many adults have lost their ability to play and by default to be creative.

In 1968 scientist Dr George Land developed a creativity test for Nasa to help them recruit the most innovative scientists and engineers. This developed into a longitudinal study starting with 1600 4-5 year olds. 98% of these kids displayed genius levels of creativity, but by the time they reached adulthood this had crashed to 2%.

There are many reasons why creativity has nosedived and why we don’t play any more: adults and kids have busy lives and packed schedules, successive governments tinker endlessly with the national curriculum squeezing out creative thinking in favour of standardised testing and any free time and attention we have is diverted and harvested by tech companies. It’s no wonder we’re exhausted, isolated and unhappy.

And yet play is a basic human driver, like eating and sleeping: it’s how we learn, how we develop hand to eye co-ordination, how we hone our social skills and how we learn learn resilience. Play is open-ended, experimental, adaptable, fluid, but most of all it’s fun!

If humankind is to stand any chance of survival in a world of rapidly advancing Artificial Intelligence and automation, we need to nurture our creativity, starting with play.

Join the Play Rebellion and take back control of your creative life!

A huge ginormous THANK YOU to all the staff at Baltic, especially Vicky Sturrs, for all their support and encouragement in helping get this exhibition off the ground. We have been on quite a journey together, but their continued commitment to artists, experimentation and the wider debate around play has been beyond measure. I’d also thank Jilly, Jen and Roxy from CHALK for commissioning the work with Baltic in the first place as part of MAPS Festival. If it wasn’t for you, PlayShapes would still be a series of models and photographs hiding in my studio.