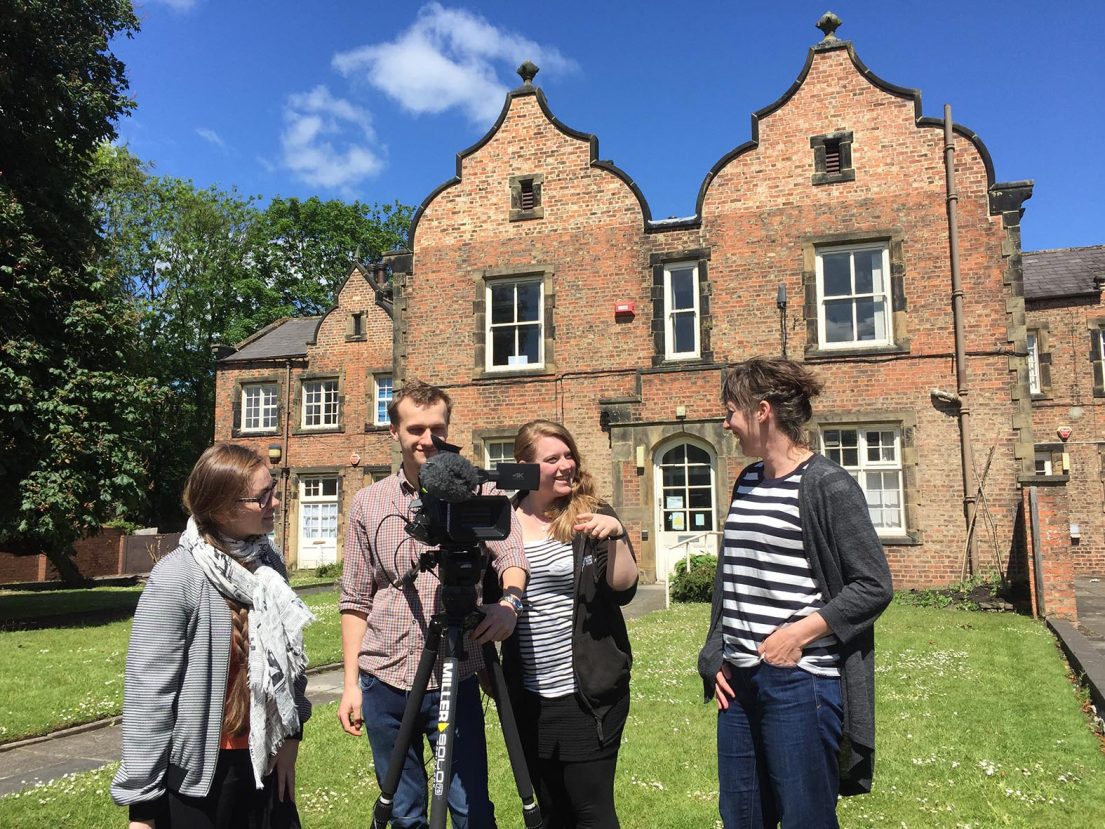 The Making Of Consumption

I’m currently working with Ripon Museum’s Trust on a new commission for the Main Block – the original workhouse building which the trust have just acquired with the with the support of National Lottery Players via the Heritage Lottery Fund.

The final artwork will ultimately be an installation in the original Dining Hall – a room where inmates would have dined over 150 years ago. It comprises a film showing an event that took place last week with the museum’s volunteers who prepared and ate a typical workhouse meal.

As you can see from the photos, the Dining Hall itself is stripped back, awaiting refurbishment – traces of the former local authority tenants still visible. Volunteers sat in rows, segregated by sex as they would have been in 1861. However, despite the meat and potato pie being made using traditional ingredients and cooking techniques, the event was not a re-enactment and volunteers were dressed in their everyday clothes. As such, the film aims to disrupt timelines and our perception of history and to draw parallels between the communities of older people involved in the workhouse both in the past and the present.

Laura, Rowenna and Alex from the Northern Film School were on hand to document the whole process and will producing a short film about the making of Consumption which will be available soon. However, if you want to see the final installation, you’ll have to make your way to Ripon Workhouse Museum between 19 July and 26 November!

I’d like to thank all the volunteers and staff and Ripon Workhouse Museum who took part – they were all absolutely brilliant! And a special thanks to Gaynor and the cooks who toiled long and hard in the kitchen.