Charge was a series of flags based on the St Georges cross. The designs referenced the colours of the England flag but contravened the rules of heraldry, which recommend the use of simple shapes that can be read from a distance. Instead, the imagery references an ancient Ottoman Turkish script, which alludes to the nationality of the patron saint of England, St George, who was in fact Turkish.

The dictionary definition of the work’s title ‘Charge’ means to attack (or signal to attack) in battle, thus referencing St George’s profession as a soldier of the Roman Empire, but is also a term used in heraldry to describe the defacement of an existing ensign with a distinguishing badge or charge. However, here the charge becomes the focus of the design rather than an addition to an existing flag.

The work investigates notions of Englishness by interrupting a symbol of national identity that has enjoyed a resurgence since the devolution of Wales and Scotland in the late 1990s. It questions perceptions of nationhood and the function of emblems in a world dominated by global brands.

Charge was originally commissioned for North + South, an exhibition taking place over six venues throughout Sunderland and Southampton from July-September 2007 responding to the notion of English identity in the 21st century. 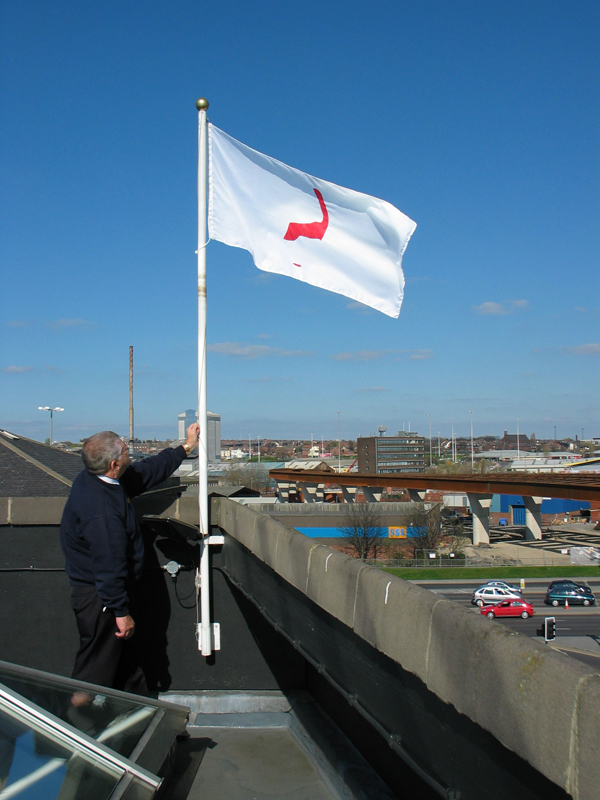 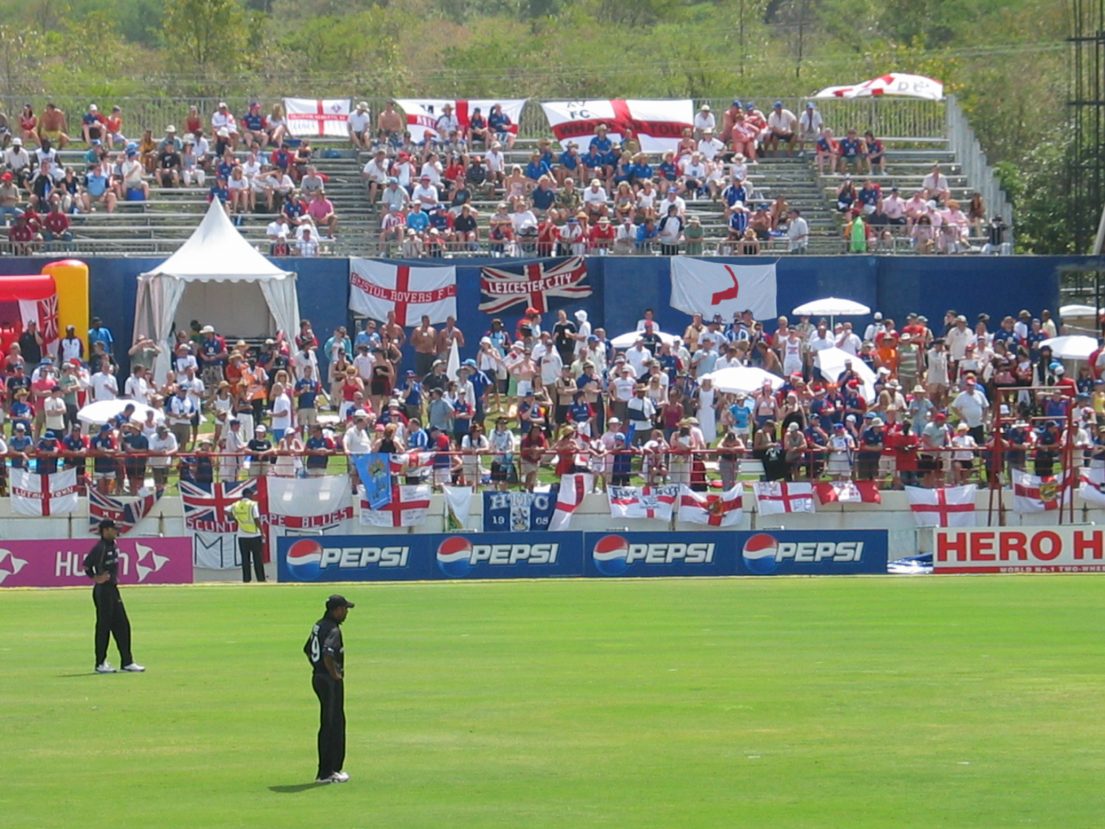 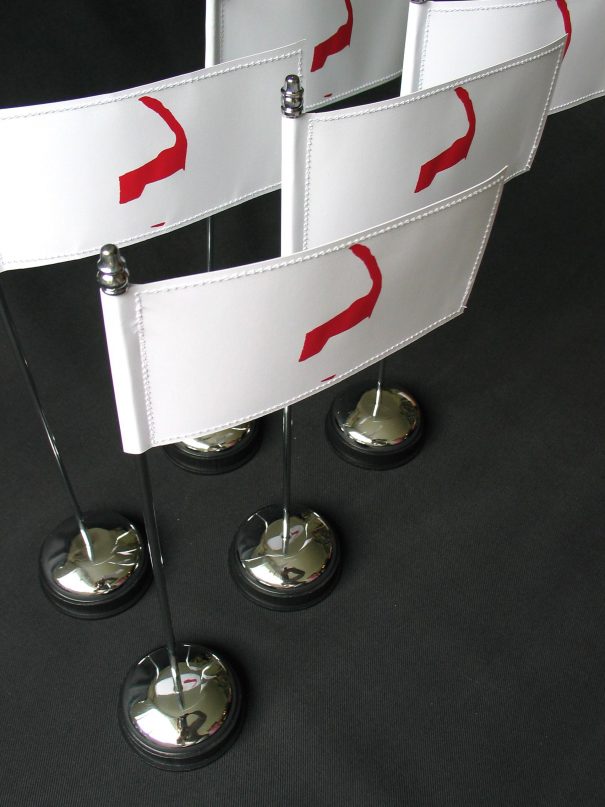 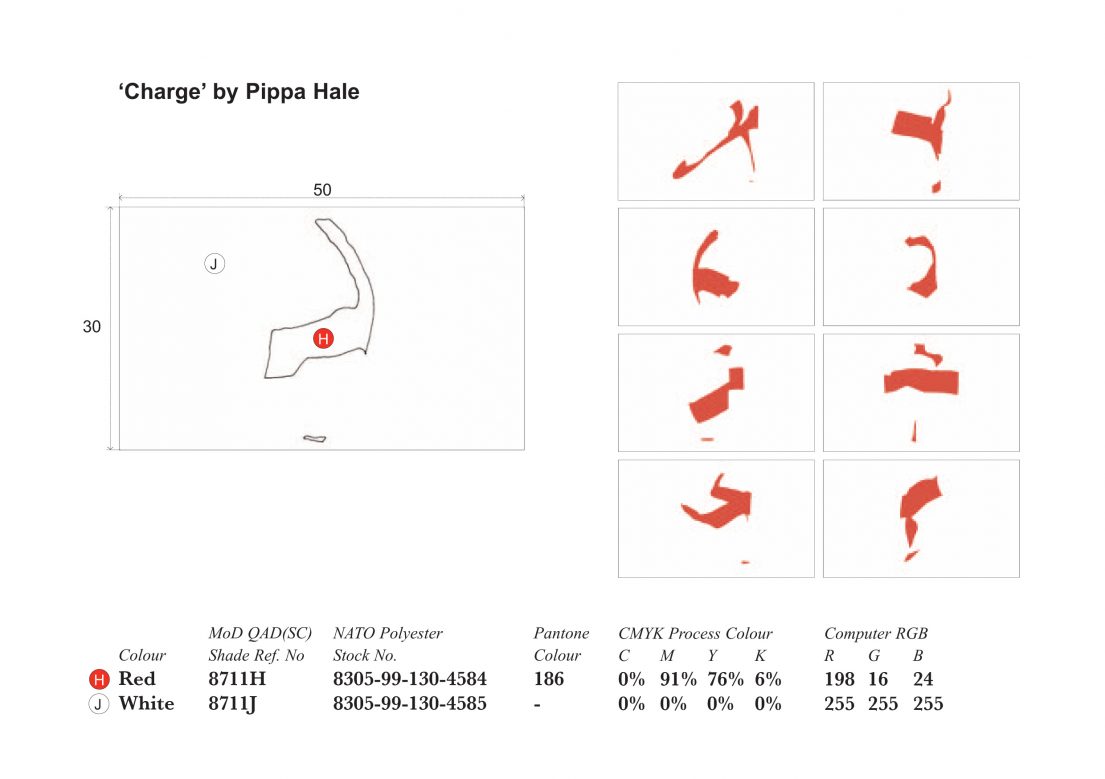